Since the first conversation about (something like) the CoLab started (IPC Jordan 2011), decision-making and how we work together effectively in groups have been key questions.

Opinion was mixed about whether or not permaculture should organise at an international level, with some arguing that we really needed to remain locally rooted and work at a community level with highly autonomous groups just doing their own thing. Other people argued that with modern technology and the ability to use the Internet and other communication strategies, we could go beyond the local projects that we've been concentrating on so far. We could enter a new phase of international collaboration.

We recognised that it wasn’t necessarily a choice of one or the other. The conversation had started. 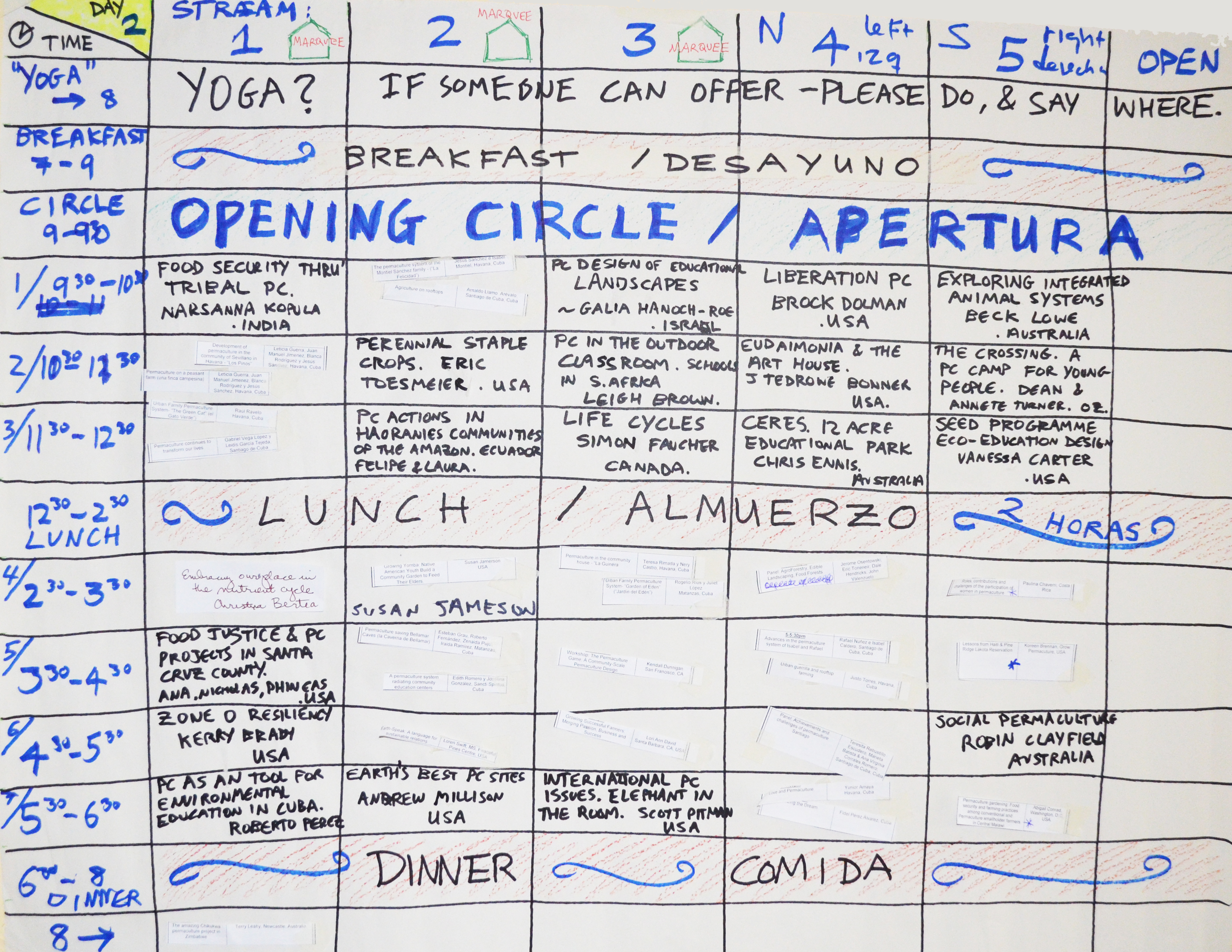 Two years later when we met in Cuba the discussions seemed to have moved forward substantially. There were a series of workshops led by Scott Pittman and others called ‘the elephant in the room’ - much of these discussions were about whether we should organise internationally, and if we do, how can we do that in a way that ‘works with the nature of the network’ (ie. largely autonomous and self-organising).

No longer was there a question about should we organise internationally, rather it was a question about how we might do that. Small discussions were held, people gathered between workshops most days, and talked at the bar till late most nights, discussing how we could move this forward. A simple proposal was made to the IPC General Assembly for a small team to get together and survey the network, share the analyses, and propose designs and a strategic plan to the next IPC.

The Next Big Step

So a small group met online after the Cuba convergence and started a more focussed conversation about how permaculture could organise itself internationally. We called this project the Next Big Step project - an open question to the global permaculture community - what next?

One of the things that came out very strongly from the initial survey work was a clear sense that people valued and held their autonomy. They considered their ability to decide on their own policies and their future projects and activities as very very important! People do not want to be told what to do. People also told us about their many needs and challenges and how collaboration and mutual support could help them to overcome many barriers they encounter. We can get more done by working together.
IPC-UK

By 2015 and the international convergence in the UK, we had some great information, and we had explored new approaches like ‘sociocracy’ and the ‘constellation framework’, ideas like the ‘patrix’ (systems of oppression), ways of learning  (like open badges), how to be enterprising (in an eco-social way), and tested different technological platforms like zoom, hackpad and Slack. We had generated hundreds of pages of notes, analysis, and survey results. We had a sense of the shape and approaches for a new international network, but it didn't have a name, and we certainly weren't decided on how to make it happen. Importantly, we had moved from wanting to create a strategic plan, to facilitating a strategic process.

We used IPC UK to test ideas, to identify where the interest and the energy was, and to bring new people into a team to make it happen. Over 600 people participated in daily workshops, break out groups and a whole group session on the Sunday afternoon. Lots of people got involved, helped facilitate and started small and big projects.

What has emerged in the 18 months since is a clear proposal for a “Permaculture Collaborative Laboratory”. The CoLab is an experimental space for online working which seeks to support those who wish to work together to do so. It's the place where we can work together when we're not in the same room/town/city/country/timezone/hemisphere!

Previously permaculture’s strategic work has been limited to a very small number of opportunities -  international convergences and regional convergences - but these happen only every two years or so and it's a limited number of people that can attend. The CoLab aims to fill the space between the face to face / in person meetings with an ongoing online space for collaboration.